What people said on the night

"I've found people that I like and I think we're all going to live together, after half an hour of meeting!"

"So far we've met about 7 people... lovely, really genuine, knew exactly what they wanted; it was a good experience" 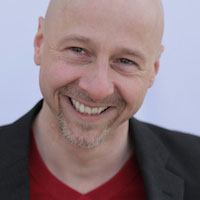 I'd been having problems finding the right flat share, potentially because I'm 43 and most flatshares seemed to be for 20-30 year olds. I went to the SpeedFlatmating event and found a couple of other people that were in a similar situation. We met up the next day and spent time together, looking for a whole flat to share rather than just a room. Within four days we'd found a place that was just perfect for our needs and budget. I can't recommend highly enough the service and support I've received from SpareRoom. The warm welcome I received at the SpeedFlatmating event made it a great place to find my future flat mates. If you haven't tried one yet, give it a go - you won't regret it! 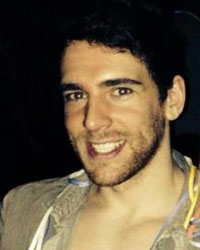 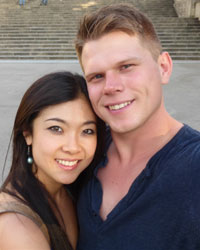 My boyfriend and I both recently moved to the UK from Canada and wanted to find flatmates who knew more about London than we did! We were asking around and looking on several sites, but a friend mentioned that there are weekly SpeedFlatmating events around London, so we decided to check them out! We went to the event in Clapham and met several people with spare rooms looking for a couple. We also met another pair within an hour. They didn't have a flat either, so from there we started looking for places together, met up a few times to enjoy what was left of summer in London and eventually got the perfect place!

Thanks for organising the events; they are really great, not as nerve-wracking as we originally thought they would be!

I found out about SpeedFlatmating via the SpareRoom website and it sounded like a really good idea. I’d only just started looking into flatshares and thought it would be a good way to find out more and set the ball rolling. I was quite nervous about attending the event but once I got there I realised that everyone else was in the same boat as me and I should just relax! Everyone was really friendly which made it easy to socialise and get to know people. Luckily for me a landlord was there who had a room in the area I was looking at. Since then I’ve been for a viewing and I’m moving in in two weeks! Thanks to the people who organise the SpeedFlatmating events – they’re really worth visiting! 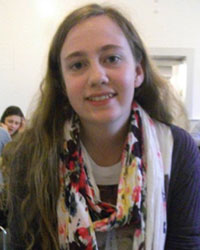 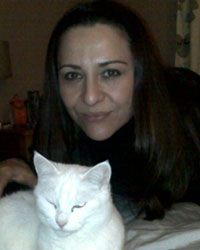 I finished work early, excited and a little nervous as I didn't know what to expect, but I thought it’d be good to meet prospective flatmates in a relaxed environment instead of waiting at home, wondering if they'd even show. I was greeted at the door and felt so at ease as I entered the room full of people. I had a single room to rent and had lots of interest. I was looking for a professional female of any age, and spoke to quite a few. The place was buzzing and I exchanged numbers with about five people who I thought would be suitable. I even had a laugh in the process. In the end I opted for a student, which I hadn't previously considered. In all it was an enjoyable experience that I’d do again.

I tried SpeedFlatmating as I thought it’d be a more relaxed way to meet potential flatmates in an informal setting. I was right. We met our new housemate and instantly put her on the shortlist of people we thought would be fun to live with. She came and had a look at the flat - luckily she liked it and said yes. She’s now been here for over 5 months and we love living with her! She is exactly the kind of person we were looking for, so we’re very happy. It was also a great opportunity to meet others and we’ve actually ended up making friends with a couple of people we met there, so that was an added bonus. I would definitely look at going again. I think you get more of a sense of the person at the event than if they come around to your place. ~ Charlotte, London

I was successful in finding a flatmate at the London Zones 1-3 event. He is moving in soon. I also met an old friend with whom I had lost contact - he was also looking for a flatmate and we had a great chat! I must say I do enjoy these evenings, they are great for networking too - I am a great fan of this scheme. It does save a lot of time and I’m very happy to endorse it to others. ~Ray, London

I returned from traveling last December and needed to find a home right away. I tried all the usual avenues with varying amounts of success, when a friend suggested I go SpeedFlatmating. I love meeting new people anyway and thought it was worth a try. The bar in Hammersmith was well set up for the event and once I'd arrived and bought a glass of wine to get me in a social mood, I surveyed the crowd for white stickers.

Everyone was friendly and upfront about their expectations. I took some phone numbers and lined up a few viewings. I had one particular pair of flatmates in mind, whose photographs had really taken me. I went to see the room the next day. As soon as I walked in I knew it was my new home. It was an instant yes from both parties and I moved in a few days later. As it was close to

Check out the event gallery!

Keep up to date with SpeedFlatmating events